REMEMBER REMEMBER THE 5th OF NOVEMBER …

Remember, remember the 5th of November – Fireworks are on their way. My daughter loves fireworks – always has – so I am usually aware that fireworks night is around the corner. This year though, I am even more aware than normal – because I have just got a dog. He is young and he is skittish (gorgeous, but totally bonkers) so how he is going to react when the bangs and crashes start is a bit of a worry.

WHAT ABOUT MY POOR DOGGY?
Luckily, I am aware of a number of natural remedies that we have used over the years to help other dogs cope with the stress of fireworks. So, I thought this week I would share with you the things that have helped other pooches over the years – just in case your dog is likely to be scared/jumpy/ too.
Dogs share a lot of characteristics with us – they also respond very similarly to natural remedies. So for years now, we have used remedies to help dogs, which we would use for humans with the same problems. There are two products which we have used time and again over the years to help with stress, excitement and terror in dogs. These are Natures Aid Passiflora, Lemon Balm and Avena Sativa tablets and Jan De Vries Emergency Essence. 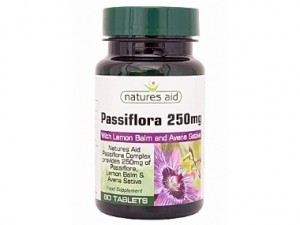 NATURAL REMEDIES MAY HELP…
The Natures Aid Passiflora, Lemon Balm and Avena Sativa tablets, unsurprisingly contains the three ingredients named on the packet (passiflora, lemon balm and Avena Sativa). These three ingredients have been used for years by herbalists trying to help people struggling with stress and anxiety. They have also been used by a vast number of dog owners in Morecambe who have come to ask what might be helpful for their hounds. The feedback from the humans who use them and from many of the dog owners who have tried them, has been consistently good over the years. We have actually never been tempted to change our suggestion of remedy for fireworks because so many dog owners have sworn to us that taken in advance, this remedy seems to calm their pet down and help them to cope with the noise of that night better.

I will say though that generally it is a good idea to try and start your dog on them as soon as possible. The effects of these type of remedies tend to be accumulative – the longer they are taken, the better the results.

It is for this reason that we also tend to suggest using the Jan De Vries Emergency Essence – a remedy, as the name suggests, to be used in emergency situations. This product can be helpful ‘in the moment’. It is often used for people who have just had a shock to help them calm down a bit – and again the effects are the same in dogs.
I am going to be stocking up with both products – something to calm my little lad down a bit, so he deals with the (let’s face it several nights of) fireworks better and something to have on hand, should it all seem to be getting a bit much on the nights themselves.

Need to clear Mucus?
In today’s blog we are going to be having a look at ways to help people shift stubborn mucus problems. We see so many people who have taken antibiotics for their chest infection or sinus problems, but are still left with a lot of congestion or catarrh. So what can natural medicine do to help…
When my mum had a rotten cold, with really bunged up sinuses, causing her headaches, I suggested that she try something called Serrapeptase. 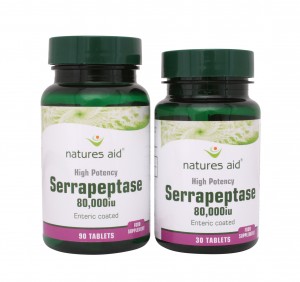 Now Serrapeptase is something we have sold for a number of years, but it is not something that many people have actually heard of. Serrapeptase is actually an enzyme, which was originally made by silk worms! When scientists were studying these amazing creatures, they found that the enzymes they produce to help them get out of their cocoon had properties which may be useful to humans. So they found a way to synthesise this enzyme and discovered that amount its potential benefits, it could help to break down inflammatory tissue and mucus.

Silkworms made Serrapeptase – which may breakdown mucus

This meant that it could be useful for a number of common complaints including sinusitis, catarrh, deep seated coughs and even asthmatic issues. In the years since this discovery we have used Serrapeptase a lot for people with long term or deep seated mucus problems and have had some great reports back.

One gentleman in particular stands out for me, he had been suffering with catarrh and sinus problems for a number of years and nothing had really seemed to help. We suggested that he try the Serrapeptase really as a last resort to see if it had any effect. He came back after only two weeks absolutely delighted and convinced that the Serrapeptase had actually started to relive his condition. He was breathing more easily and wasn’t struggling with daily headaches as a result of his congestion.

Serrapeptase helped my mum with her sinus congestion

This is why when my mum was suffering in the same way with her cold, I suggested that she try some Serrapeptase – and because she was suffering she actually did as she was told! I am happy to report that she believed the Serrapeptase helped her catarrh and sinus. She has often struggled in the past to shake sinus problems after a nasty cold and one time was still struggling several weeks after her cold had cleared up. This time however, she was back on her feet – with a clear nose – after 7 days, which was brilliant.

For those who have been left with congestion on the chest, rather than in the sinuses, it could be worth trying an additional product called Vogels Brochoforce, alongside the serrapeptase.

This is because the Bronchoforce is designed to help ease a cough and lift the catarrh off the chest.
It does this using a number of herbs combined together. These herbs include Ivy, which has anti spasmodic effects – helping to ease a cough – making it productive, but stopping it from going on and on. It also contains Licorice and thyme, which have soothing and mucus eliminating effects. I have to say that Bronchoforce is one of my favourite cough remedies – I have used it myself with great effect a number of times. It is also suitable for diabetics, as it has no sugar in it, also for this reason it keeps really well – so if you don’t use the whole bottle, it will be ready to help you should another cough strike you down!

To celebrate the winter season we have discounted our chesty cough package and our bunged up sinus package to beat even more lingering mucous this year.